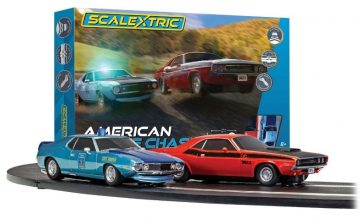 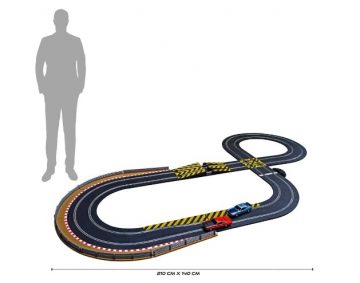 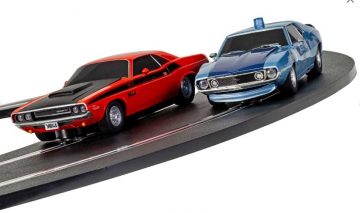 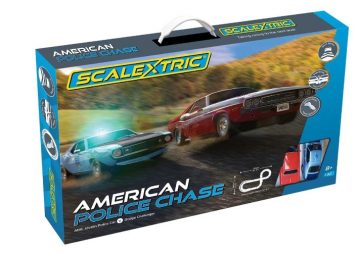 You’ve been working on your Challenger all afternoon under the shade of a tree on a hot summer day. The final turn of the wrench and you’re done… You turn the key and the engine rumbles to life. A few minutes later and you’re heading downtown for some light-to-light racing.

Slowly rolling down Main Street and that Mustang you’ve been hoping to see pulls alongside you and pops the throttle. His tires chirp as he looks across at you with that sneering grin you want to wipe from his face. A quick stab on the gas and boiling smoke rolls off your rear tires. But what was that!?! Out of the corner of your eye you see a flash of blue and you hear the howl of the police siren! A quick left and right and left again and you’re headed out of town with the State Trooper on your back bumper! Time to think fast, can you get away?

WARNING Not suitable for children under 36 months It contains small parts which can present a choking hazard and some components have functional sharp points and edges. Handle with care.Only use this product with the recommended transformer. Colour and contents may differ from those illustrated.Please refer to the safety notes in the main set instruction leaflet. Please retain these details and the address for future reference. 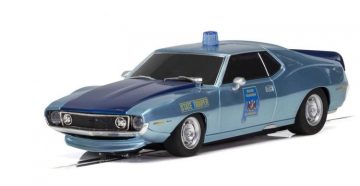 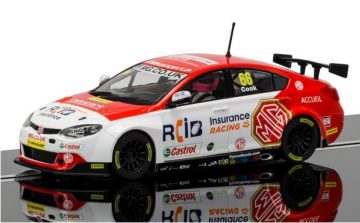 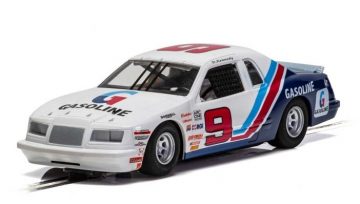